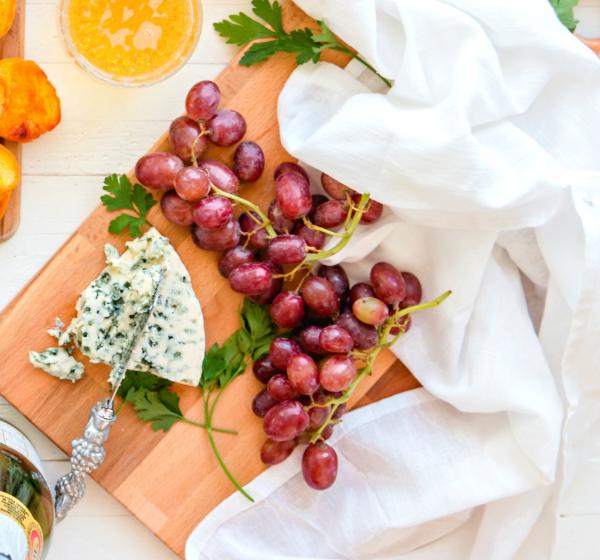 Why not start off 2019 on the very best foot by adding a bit of “luck” to the New Year’s Day menu? Wait, “lucky” food? Yes, it’s a thing and there are supposedly several foods believed to harness good fortune in the coming year when eaten on New Year’s Day. Traina Foods shares these “lucky” foods – and offers a few “Traina Foods” twists on these symbolic staples.

Black-Eyed Peas, Greens and Cornbread
Typically a meal reserved for the southern part of the U.S., this combination of black-eyed peas, greens and cornbread are believed to bring prosperity in the coming year with black-eyed peas symbolizing pennies, greens symbolizing dollars (and luck in general) and the cornbread symbolizing gold. It’s worth a shot, right? For a sweet addition to the cornbread, Traina Foods suggests adding a 1/2 cup of chopped dried apricots or Traina Foods fruitons to the batter before baking.

Noodles
What could be better on a chilly New Year’s Day than a warm bowl of noodles? How about knowing that said bowl of noodles could lengthen one’s life! Rumor has it eating long noodles (no broken ones!) on New Year’s Day is believed to lead to longevity. For a Greek-style version, top cooked noodles with a drizzle of olive oil and balsamic vinegar, sliced Kalamata olives, feta cheese, pine nuts, and Traina Foods dried cranberries.

Grapes
According to Spainish and Mexican tradition, eating 12 grapes at the stroke of midnight can bring luck in the coming year (aka, a grape for every month in a new year). Perhaps a glass of wine might have this same “lucky” affect?

Pomegranate Seeds
Believed to be associated with fertility, abundance and considered a symbol life, pomegranate seeds are also another “lucky” food to serve up and enjoy on New Year’s Day. They can be used in so many ways as a burst of flavor — in salads, added to champagne for a beautiful, colorful and tasty toast on New Year’s Eve, and as a topping for avocado toast or bruschetta.

“Round” Sweets and Treats
Bundt cakes and other ring-shaped cakes (one might argue a donut could qualify here?) are believed to bring a “full circle of luck” to those indulging in this superstition. But simply enjoying a yummy circular-shaped treat should bring some instant joy, too! Combining a few holiday traditions, a why not make a fruitcake (loaded with dried fruits including those lucky pomegranate seeds!) baked in a bundt cake pan?

Whether or not these foods actually bring luck or not, age old traditions are still a fun and delicious way to ring in the New Year! The Traina Foods family sends well wishes for a bright New Year!